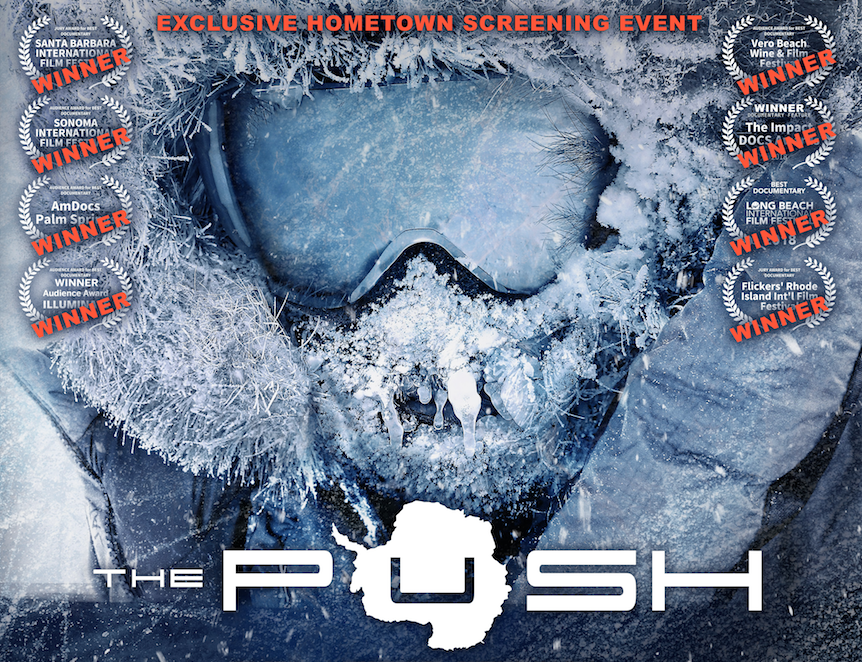 The award-winning documentary, THE PUSH is having its hometown Reno screening event this September 13th at the historic Pioneer Center.  Currently, THE PUSH can only be seen at select film festivals around the world and has an undefeated record of winning eight-for-eight “Best Documentary Awards” at all its film festivals screenings thus far.
This documentary and story is about the power of never giving up.  Just five months after Grant Korgan, a Reno/Tahoe local, married the love of his life, Shawna, a fourth generation Reno native & University of Nevada alumni; Grant burst-fractured his L1 vertebrae while filming a snowmobiling movie in the Sierra Nevada backcountry. In an instant, this Lake Tahoe native, world-class adventurer, nano-mechanics professional and newlywed added the world of spinal cord injury recovery to his list of pursuits.
Despite his prognosis of having zero feeling or movement below his belly button, both he and Shawna focused on the goal of recovery, with extraordinary drive and tenacity.
On January 17, 2012, along with two seasoned explorers, Grant attempted the impossible, to become the first spinal cord injured athlete to literally PUSH himself ~nearly 100 miles (the final degree of latitude) to the most inhospitable place on the planet – the bottom of the globe, the geographic South Pole in Antarctica.
This is a story about love and the unbreakable human spirit within us all.

“In life, It’s Human to Fall Down; The Magic Happens When You Get Back Up”