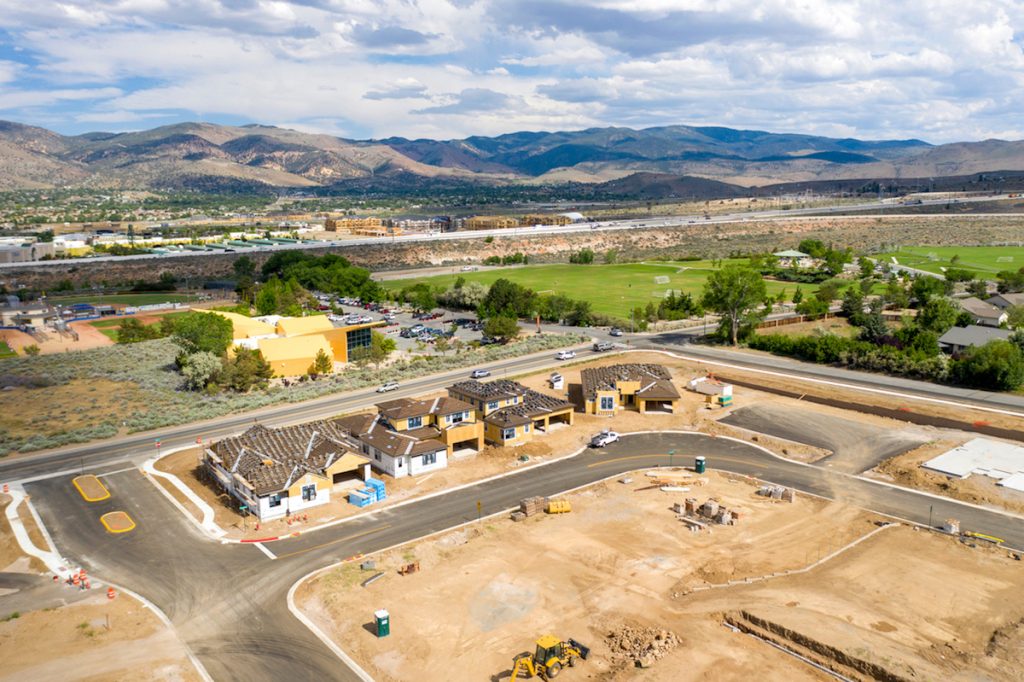 The Meadows is a new community under construction at the intersection of Arrowcreek and Wedge Parkway in South Reno.
Photo: Courtesy Ryder Homes

Real estate activity throughout Northern Nevada has been on a statistical roller coaster throughout 2019 alternating between growth and regression when stacked against the performance of recent years. From a macro-perspective, the region continues to thrive as nation-leading job growth creates upward mobility, a wave of new residents and generally robust real estate conditions. The rapid runup of values in 2017-18 set ambitious precedent that was unsustainable even in the healthiest of economies. While 2019 has lagged this performance at times, the most recent 30-day period saw positive growth in a number of metrics.

Total sales increased by 5% to just over 600 while median price bounded by 7.6% year over year (though remains ever so slightly down from an historical high of $400,000 a few months ago). Price per square foot rose 3% providing arguably the most accurate measure of appreciation. Notably, median price outpacing price per square foot indicates a market bias toward higher end homes; a direct reflection of growth in higher wage jobs.

Tempering these positive indicators are a large jump in days to contract (the duration of any given listing before finding a buyer) at +34% and sight decrease in the percentage of asking price achieved which slid .2% to 98.7%.

Available supply, on the rise throughout the year, flattened out with 10% fewer listings coming to market during this period leaving just 2.3 months’ inventory.

Nationally, real estate has shown signs of slowing and our region, while healthy and growing, may not be immune to these pressures. However, given the remarkable influx of economic stimulus happening in and around Reno, any downturn is likely to be shallow absent major national or global events. We continue to see our region as the thriving ecosystem that has been evolving over the last several years.

We love rankings and Reno continues to move up the charts; now recognized as the 6th most dynamic mid-sized city in the nation.

…Reno has diversified over the past decade or so from its longtime roots in gaming, construction, tourism and warehousing/distribution. Its new economy is powered in part by the likes of technology giants such as Google, Amazon, Apple, Tesla, Panasonic, Switch, and many, many smaller technology companies that have planted their flags here in recent years.

Great retail has long been a staple of Reno’s culture. A booming local economy is continuing invite new and diverse merchants.

When businesses thrive, they give back to the community. Reno’s philanthropic culture continues to mature.

Additional trickle-down theory; schools continue to improve in a great economy creating the next generation of local business leaders.

Not all growth is painless. Longer commutes, climate adaptation and lack of affordability require creative solutions.

We’ve missed you; Governor Sandoval joins the Tahoe Fund Board as an advisor.

Under Construction: Seemingly Everything … plus Google